EBU decided to postpone its event due to the Coronavirus.

EBU welcomes the release of the Green Deal of the European Commission which aims to reduce transport emissions by shifting 75 % of the freight carried by road today to inland waterway transport (IWT) and rail. IWT disposes over free capacities on the European network of waterways and already today has very low CO2 emissions compared to road. It thus substantially can contribute to realise the Green Deal. 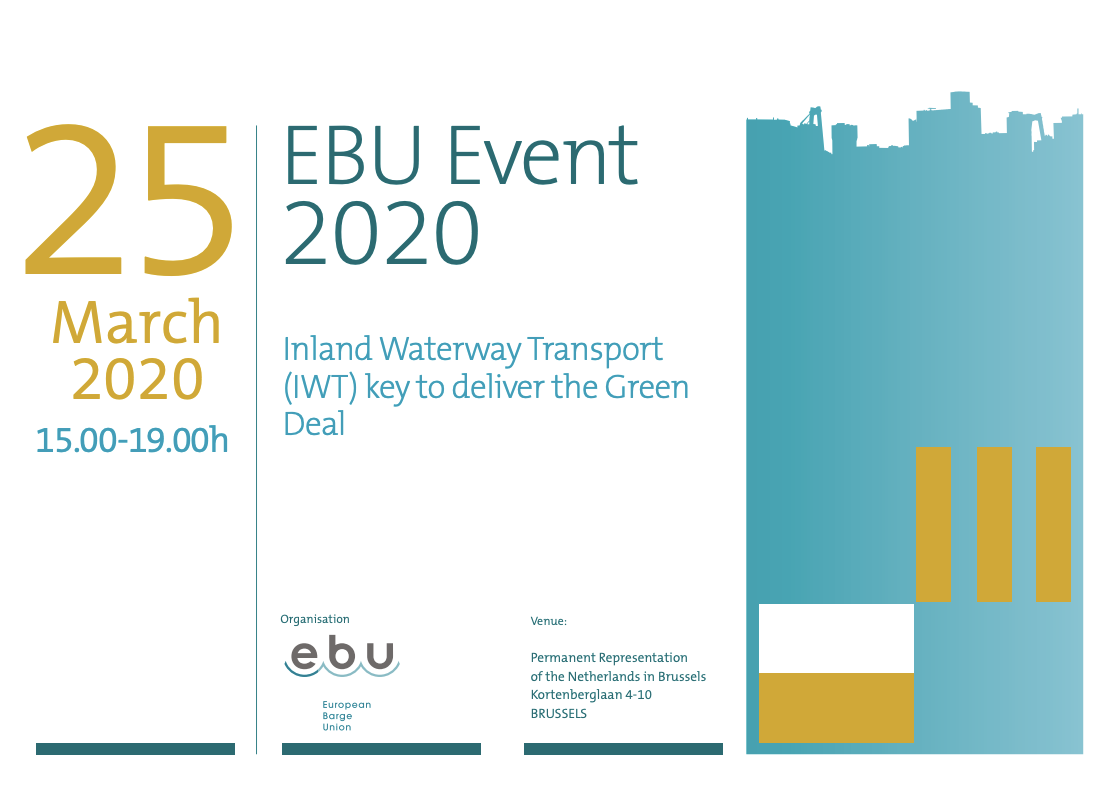